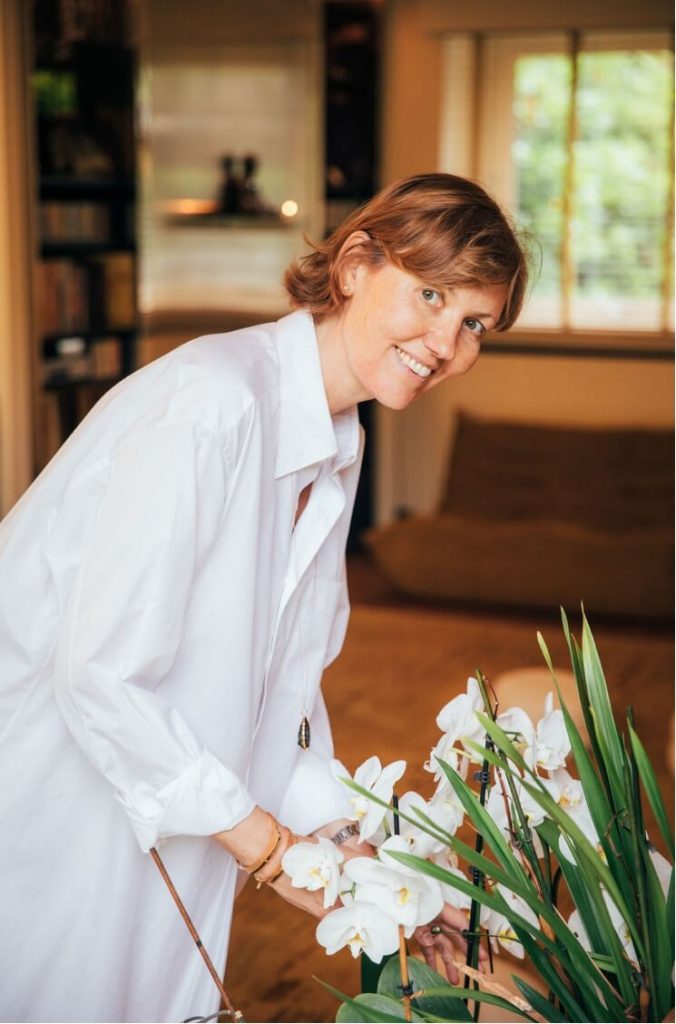 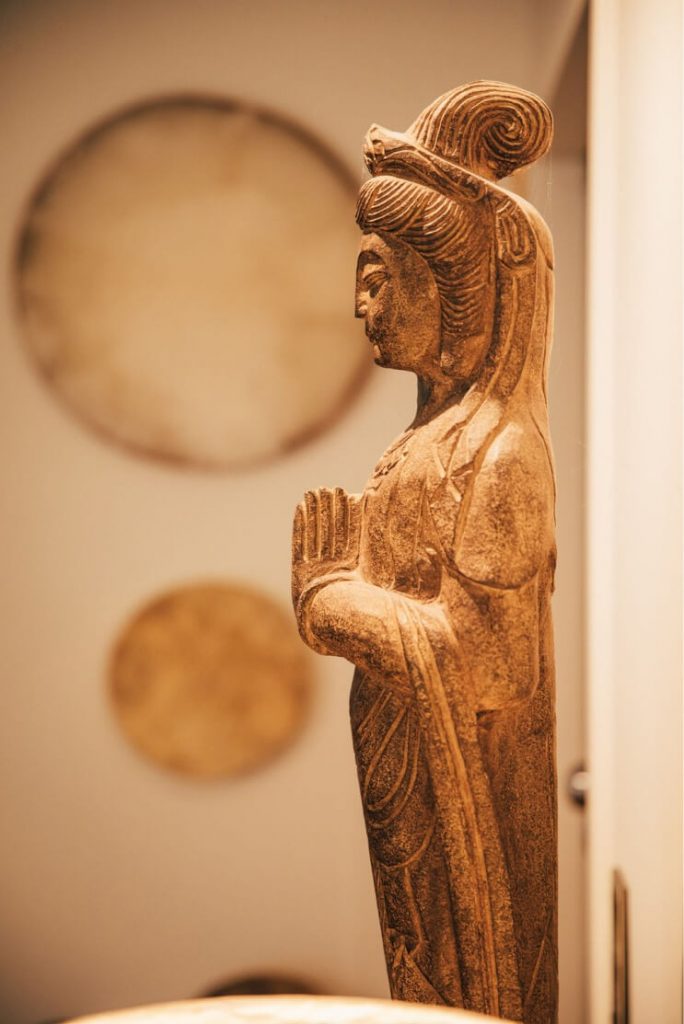 In 1992, I graduated with a degree in Archeology and Art History at the Catholic University of Leuven. After being active in the art world for a while, I started a company with fashion designer Raf Simons in 1995 at the beginning of his career. For several years, he and I passionately built this international company, until he took a sabbatical and I decided to stay at home to raise my two young sons.

During a severe car crash in 2001, I heard an inner voice for the first time in my life, telling me I was not on the right track (literally and figuratively). Consequently, I discovered the world of alternative healing, which fascinated and inspired me so much that I said goodbye to the fashion world for good, and focused on the study of Eastern wisdom, philosophy, and healing methods.

In Plum Village, a Buddhist monastery near Bordeaux, I practiced Mindfulness with the Vietnamese monk and Zen teacher Thich Nhat Hanh. Simultaneously, I followed a three-year course in Intuitive Development at Timotheus in Merksem, training in Energetic Anatomy and Channeling with Kristien De Winter, and a variety of courses at the East West Center in Antwerp and Orval.

At a workshop about the “Power of Now” in Orval, I met Frank and Kathy Coppieters, with whom I studied shamanism thereafter for ten years, as well as introductions to A Course in Miracles, Advaita, The Enneagram, Kabbala, and Dzogchen.
In 2007, they initiated me in first-degree Reiki, and a year later in the second degree. Already at that time, it became clear that I wanted to take my commitment to this path on a deeper level and to share this gift with others.

In 2013, I was initiated in Glastonbury as a Reiki Master in the Usui System of Natural Healing by my dear masters, teachers, and friends Frank and Kathy Coppieters.

I truly consider it a great honor to be part of the Usui Shiki Ryoho Reiki tradition, honoring the spiritual lineage of Mikao Usui, Chujiro Hayashi, Hawao Takata, Phyllis Lei Furumoto, and Johannes Reindl. I’m thrilled to have joined the circle of those who dedicate their lives to be in service through Reiki.

My daily practice and self-treatment have helped me to connect with my essence, and have guided me to more consciousness, compassion, and inner peace. With Reiki as my teacher, I have learned to love myself and to accept love from others. I am grateful for this inspiring and nourishing journey to experience more freedom and joy.

I have already trained more than 100 people in the several degrees of Reiki, and it is always a great honor to open the door to Reiki for others.

I am a member of Reiki Home (www.reikihome.org) and The Reiki Alliance, which unites Reiki masters worldwide. In 2013, I organized an international Reiki conference in Belgium for the former lineage bearer Phyllis Furumoto. Up until her death in 2019, I regularly met with her where she lived in the U.S.A. She has been a big source of inspiration for my Reiki practice.

It is my goal to connect people with their essence, their highest potential, the best version of themselves, by reminding them of the love and light they carry inside and that connects us all. This way I want to contribute to more harmony and peace in the world.